Facebook is an important communication tool to me. Most of my fellow students don’t use iMessage or Twitter DMs, so we talk on Facebook. However, I seem not to be able to just check my messages on Facebook. Instead, I wind up scrolling through the News Feed for a couple of minutes each time I visit Facebook in the browser. I recently looked at about 30 News Feed posts in detail and discovered these three things:

I concluded that I don’t need to read the News Feed, so I wrote a custom stylesheet that hides it. This is the result: 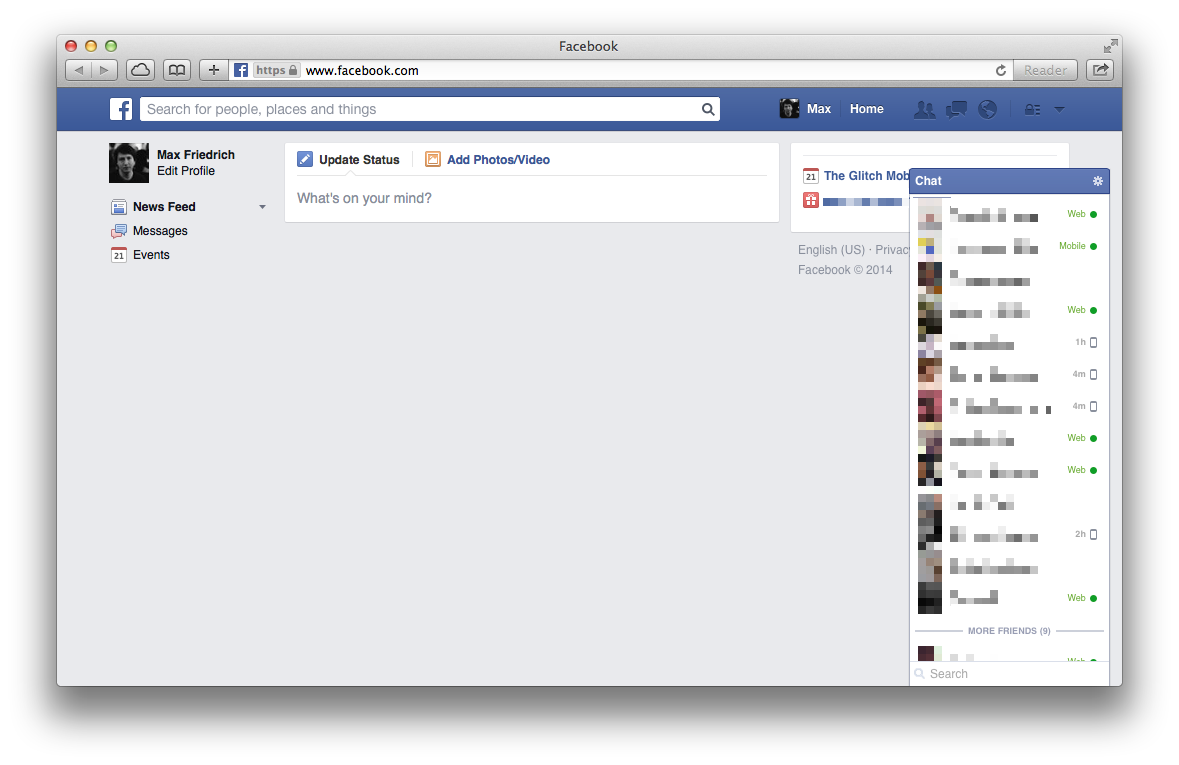 I’ve been using “Quiet Facebook” for a week now and I’m happy with it, so I put the CSS on GitHub. I just embed the stylesheet via Safari’s settings but someone could certainly build browser extensions that load the stylesheet from raw.github.com and toggle it when the user clicks a button. Feel free to submit pull requests (or suggest a better name for the whole thing)!